Plot summary: Host Ronald Reagan presents an always prestigious cast of actors in an anthology of teleplays of multiple genres, including crime, drama and westerns. 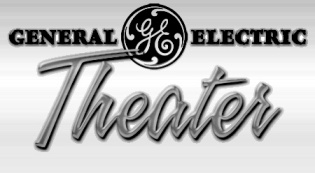 Review: G.E. Theater was a television program that presented an adaptation of novels, short stories, plays, film or general fiction on each episode, featuring working actors as well as Hollywood starlets and stars in different roles every week. The program featured live as well as filmed segments before it turned into a fully filmed show in 1957. Presenter Ronald Reagan served as host with his already familiar Hollywood face to give the show a touch of continuity.

Each episode differed from another and it’s safe to say that for everybody who enjoys watching an ever changing cast of decent actors in a different set of roles, this program is a real gem, a fabulous opportunity to discover great talents like Bette Davis, James Stewart, Myrna Loy or my personal favorite Barbara Hale in individual episodes, often supported by a beautiful stage setting and quality.

In essence, G.E. Theater is a beautiful example of 1950s television and its connection with the golden Hollywood era of the days. It also shows a genre coming into its own, little by little, step by step, with its own aesthetics and perception of storytelling.

For those of you who are not familiar with teleplays and their magic, I’m asking you to give them a chance. I’m sure you will soon find it’s worth getting used to a different viewing pattern, a different understanding of having your imagination teased and tickled. I, for the most part, am a big fan of teleplays and recorded theater, and highly recommend some of these rare episodes that you will find scattered on the internet and on a couple of DVD collections. Go get them!